Born in 1789, at Knockbrit, Clonmel, Tipperary, Ireland,  Marguerite was the daughter of Edmund Power, an unsuccessful merchant and former magistrate, who through his own carelessness had fallen into debt. When Marguerite was just fifteen, despite her desperate pleas, her father forced her to marry an army officer, Captain Maurice St. Leger Farmer, in exchange for a significant sum of money. The Captain was an extremely disagreeable man with a violent temper and for three months he repeatedly punched, starved and imprisoned Marguerite in her own home, until she fled to her aunts in Dungarvan, Co. Waterford. She spent the following years staying with various friends and family, until she finally settled in London in 1816, where she met Viscount Mountjoy, Charles Gardiner, 1st Earl of Blessington, who adored her. A year later, the drunken Captain fell from a window and died, leaving Marguerite free to marry the Earl.

Marguerite had become known in London society for her beauty, charm and wit and enjoyed her rich, extravagant lifestyle, entertaining the elite in their luxurious mansion at St. James’ Square. It was during this time that she wrote her sketches of London society, Sketches of Scenes in the Metropolis, published anonymously in 1822. In the same year, the couple set off on the Grand Tour of Europe, travelling in ‘a kind of sumptuous caravan,’ accompanied by a throng of servants and Marguerite’s younger sister, Mary Ann Power. They were joined in Paris by the dashing Count d’Orsay, an amateur artist, who would later become Marguerite’s lifelong lover. During the tour, they met several distinguished people including Lord Byron in Genoa, who became a close friend of Marguerite and who inspired her to later write Conversations with Lord Byron. In Naples, they metIrish writer and abolitionist, Richard Robert Madden, who later became her biographer and in Florence, Walter Savage Landor, author of Imaginary Conversations.

In December 1927, Count D’Orsay married Harriet Gardiner, the Earl’s daughter from his previous marriage and the following year they moved to Paris, but shortly after, the Earl suffered a stroke and died. Marguerite returned to London with D’Orsay and his wife, where despite the scandal, they all lived in the Blessington’s house at St. James’s Square. But by 1831, Harriet could not tolerate the situation any longer and left to live with her aunt and to avoid adding further fuel to the gossip, D’Orsay moved out soon after, but continued his liaison with the Countess. Although the Earl had left Marguerite ample money to live on in his will, it wasn’t enough to sustain their extravagant lifestyle and she soon fell into financial difficulty. She supplemented her income by writing for various periodicals, becoming one of the first writers to have her work serialized in the Sunday Times. Her first novel, Grace Cassidy, published in 1834, was followed by her biographical travel books, The Idler in Italy in 1839 and The Idler in France in 1841, bringing her success and a substantial income. But by 1849, Marguerite had fallen into debt and fled to Paris with D’Orsay to escape creditors, where a month later she suffered a heart attack and died a few hours later. She was laid to rest in a pyramidal tomb designed by D’Orsay, where later in his death, he too was buried at her side. 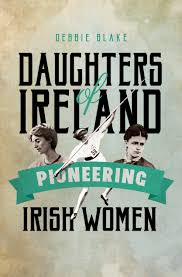