In 1802, to avoid conscription into Napoleon’s army, 16-year-old Carlo Bianconi left his birthplace in northern Italy and travelled to Dublin, where he worked for Andrea Faroni, an engraver and printer. He learnt English, anglicised his name to Charles and in 1806, moved to Tipperary, where he opened his own engraving and print shop in Carrick-on-Suir. To collect his supplies for his shop, Charles travelled by boat to Waterford along the meandering River Suir for 24 miles, twice the distance taken by land. The boat carried around ten passengers at 6 1/2d each and, as the river was tidal, the timing of the trips was determined by the tides. It was the boat trips that gave Charles his idea for his transportation service.

By 1815,  Charles had moved further along the river to Clonmel, where he set up his first horse-drawn coach service that ran between Clonmel and Cahir. Trade was slow at first, but within two years he had extended the routes from Clonmel to Cashel, Thurles, Tipperary, Limerick, Carrick and Waterford, carrying people, goods and mail. At a much lower cost, trips that could take up to eight hours by boat were only taking two hours in ‘Bianconi’s coaches,’ and for as little as one penny farthing a mile.

The business continued to grow until eventually Charles had 100 coaches travelling the length and breadth of Ireland, with 140 stations for changing horses, many of which were ‘Bianconi Inns.’ Hearn’s Hotel in Clonmel, once used as a terminus, still has the clock used to time departures. Charles even opened a factory to make his ‘long cars,’ which were four-wheeled coaches that could carry up to fifteen passengers and luggage.

By 1853, despite competition from rival mail coaches managed by the Post Office, Charles had gradually acquired more and more mail contracts, until his cars were carrying the bulk of Ireland’s mail. He had established a cheap and efficient service that provided many towns with important new trade and communication links.

In 1832, Charles married Eliza Hayes and they lived with their three children at Longfield House, set in extensive grounds overlooking the River Suir. He was elected the Mayor of Clonmel twice and appointed Justice of the Peace and deputy-lieutenant for Tipperary. On his retirement in 1865, Charles distributed his business among his staff. He died at Longfield in 1875, five days before his 89th birthday, and is buried in the family vault of the Mortuary Chapel at Boherlahan. 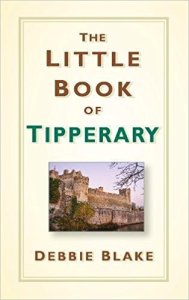